During the current discussion about Wilmette stormwater management, one point of contention is the cost.

The Wilmette Village Board has discussed implementing the Option 1: Storm Sewer Improvement to reduce westside flooding. The project would install a whole new system of storm drains, as well as miles of new storm sewers, and a new storm “trunk” to drain excess stormwater west into the North Branch of the Chicago River.

The estimated price tag is $77 million.

This post is my initial attempt to get some financial perspective on the matter. Although I don’t have enough data or financial expertise to do definitive number crunching, it seems worthwhile to look into general costs and benefits.

I’ve even tried to calculate total sewer spending for the past couple decades–in today’s dollars.

First, for comparison, let’s consider the eastside relief sewer project, which has alleviated flooding east of Ridge Road. I found a Pioneer Press news article reporting that “Wilmette’s massive East Side sewer reconstruction” would cost $37.4 million–but the article was written in 1994. 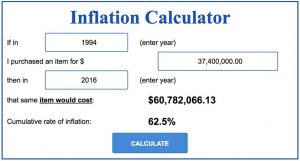 I found it difficult to track all expenditures for the eastside project. But the proposed westside storm sewer improvement doesn’t seem wildly different in cost.

So why is the eastside relief sewer generally considered a success, not a burden?

Takeaways for the Separate Storm Sewer

Many of these principles could be applied to the westside project:

While hunting for information on Wilmette sewer financing, I received a spreadsheet of Wilmette Sewer Expenditures, for 1992-2015 (a 23-year timeframe), provided by the Wilmette Department of Public Works. To get some insight into the financials, I adjusted the numbers for inflation and sorted the expenditures by type.

It seems that three types of expenditures were posted:

A glaring omission in this financial spreadsheet is expenditures for community education and village-wide initiatives to develop a comprehensive response to the threats posed by urban flooding.

At the September 19 Long-Term Capital Planning meeting, the information packet included a slide about sewer spending in neighboring communities.

Based on the numbers presented, it appears that the westside Option 1 Storm Sewer Improvement would yield average results per dollar invested: 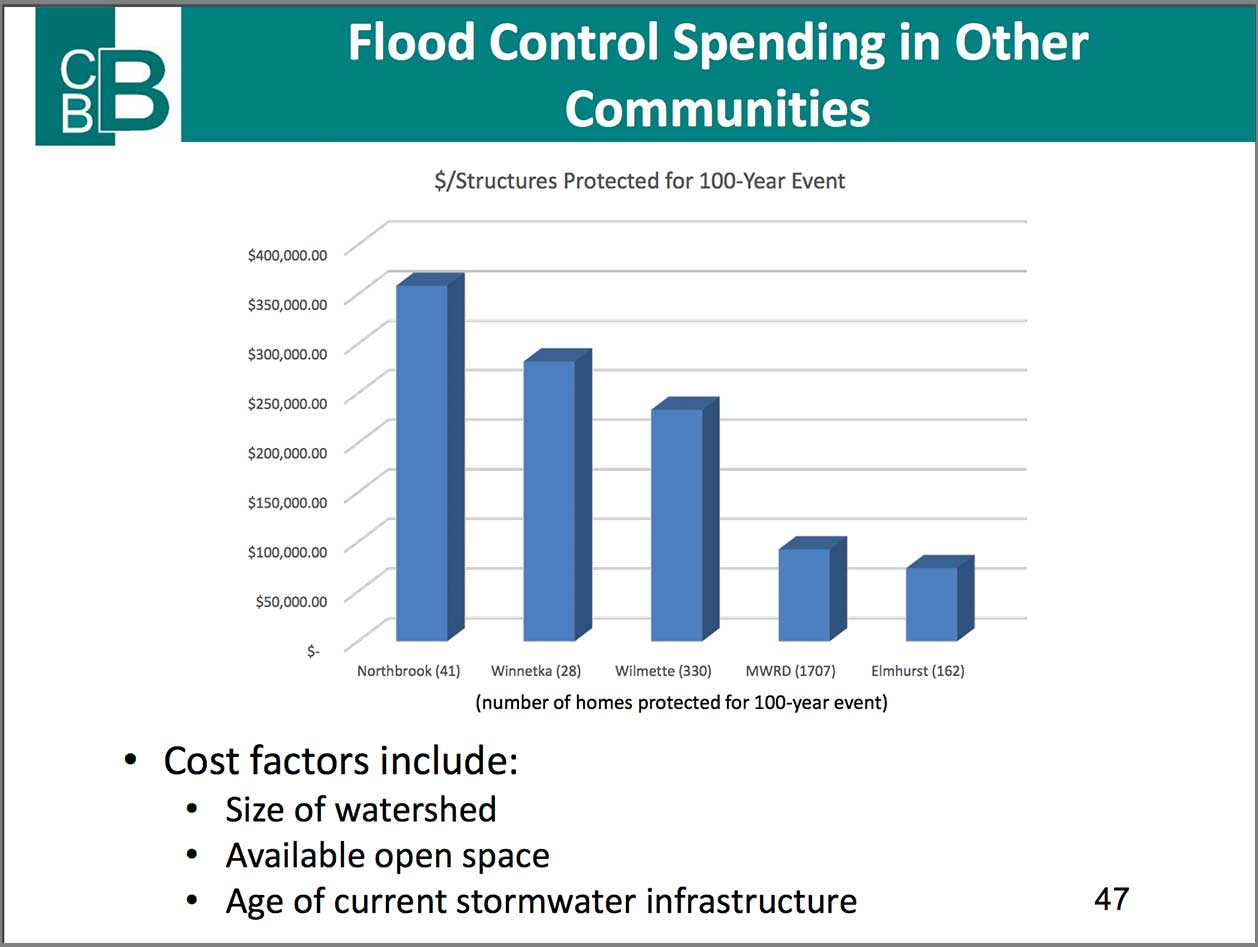 A caveat is that the chart above is limited to an analysis of the value of structures completely cleared of flooding during “100-year” rain events. But during the meeting, community residents made it clear that there are many additional costs associated with flooding.

For data and recommendations related to the westside sanitary sewer (which suffers from stormwater inflow/infiltration), see the Village of Wilmette, Flow Monitoring Report, by RJN Group (April 2014), pp 15-17.