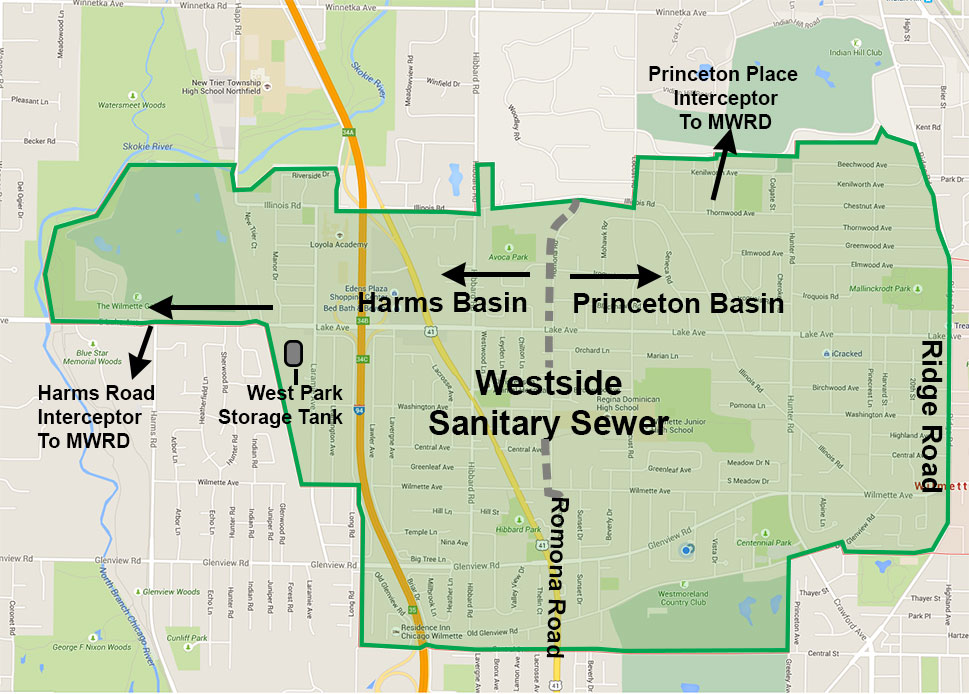 The “separate” sanitary sewer on Wilmette’s westside has two basins:

Here’s what our antique sanitary sewers look like: many manholes made of bricks or blocks, with I/I, and some major root invasions!

Past & Future Projects for Princeton Basin: