Engineers have told us repeatedly that Wescott Park in the Village of Northbrook is a model for the detention tank systems that will be installed in Wilmette, so I went to see for myself.

Here’s what the detention tank looks like now in Wescott Park: 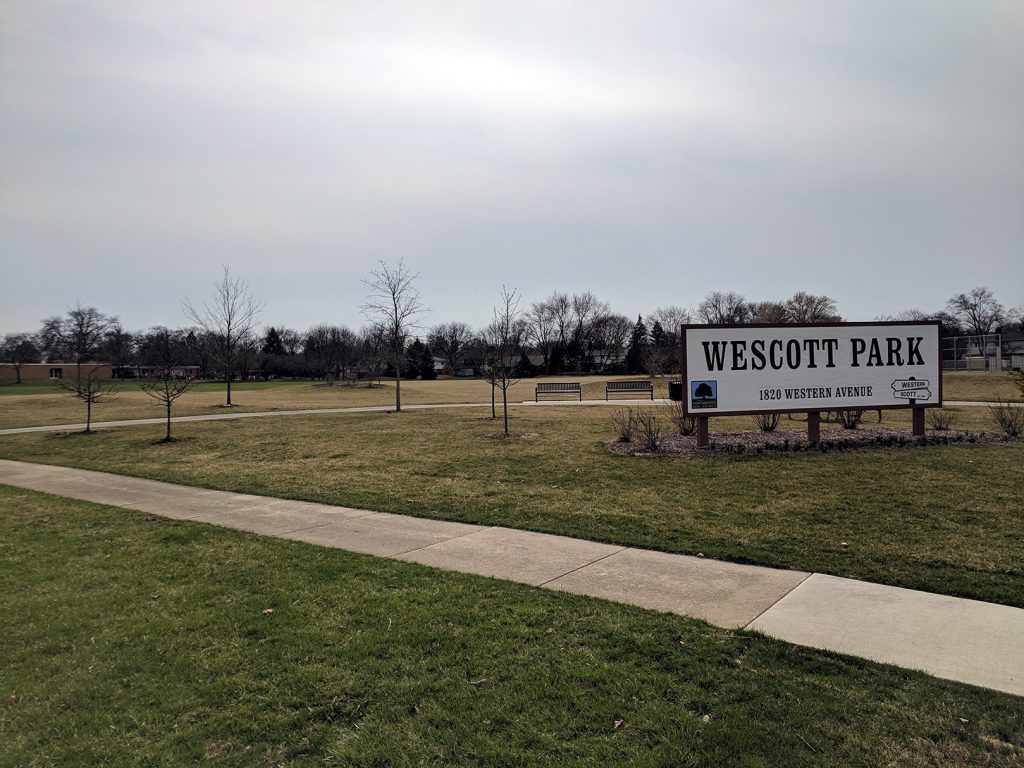 Kind of underwhelming, right? Or beautiful, since the tank itself is essentially invisible.

While I was snapping photos, an older couple came along so I decided to ask them about it. They told me that they lived a few blocks from the park, and before the detention tank installation, nearby crossroads would get 18″-24″ of standing water. Flooding was making it impossible to drive the streets.

After the detention tank was installed, the frequent flooding was gone.

Even better, the couple felt the park was better than it had been before tank installation. As they turned to continue their walk, the gentleman swept his hand across the park scene, and told me: “Us rich people have it like this!”

Not sure if that was meant to be a brag or a burn. Probably both.

What I am confident about is that Wilmette has, for once, great timing. Northbrook took a chance on innovative techniques for creating stormwater detention. Now we can piggyback on their proven experiment.

For example, could we have a fun construction site video,
like the Wescott video?

To the early innovators go the awards, such as:

(You can Google it yourself for more awards–I think three citations is enough ; -)

Bottom line: We don’t need awards, we just need some cost-effective stormwater management. Looks like this could be it.

A presentation by the Village of Northbrook and Baxter & Woodman on the Wescott stormwater storage project.

More facts and figures about the Wescott stormwater project.