The Village of Wilmette has been working on plans to reconstruct Central Avenue, which extends from Green Bay to Sheridan roads, through the downtown, past Central School, and out past residential neighborhoods to the lake. 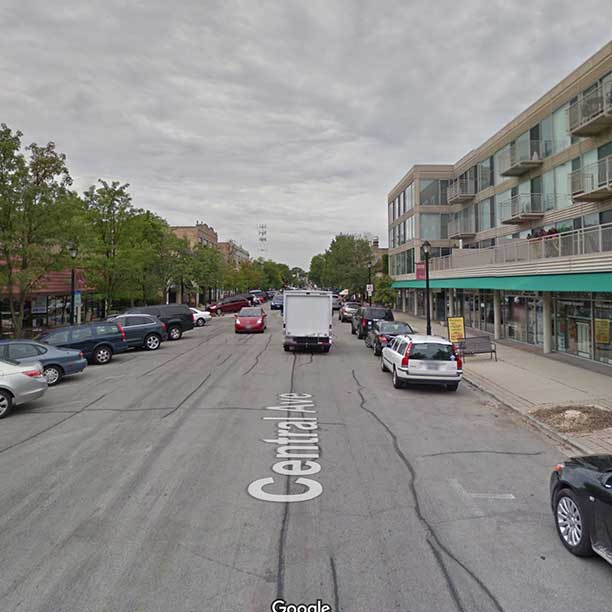 Central Avenue in downtown Wilmette, as it looks today.

At this point, the Village of Wilmette has contracted with TranSystems for engineering and design services, and an initial project proposal is posted on the village website.

Of course, the proposal includes lots of great ideas for making Central Avenue more livable. One invisible but essential part of the project is…the sewers!

Here are the proposed plans for updating Central Avenue sewers:

Sustainable Utility Improvements
Sewer Design | We anticipate using the same sewer design approach that was done for Sheridan Road. Spot repairs and replacement of the existing combined sewer would be performed after evaluating the sewer inspection video. New sanitary services [for household waste] would be provided [to property owners] and the existing combined sewer would become the post construction sanitary sewer.

A new storm sewer system would be installed to collect runoff and divert storm water from entering the sanitary system. Sheridan Road [a previous TranSystems project] had sump pumps, downspouts, and private drainage systems connected directly to the existing combined sewer. New storm sewer services were provided for each property to eliminate these connections. The storm services would connect to the new storm sewer [that is, the eastside relief sewer] and have cleanouts within the parkway at the property line.

If the existing subgrade is conducive to infiltration, we recommend using perforated catch basins and drywells. These structures would complement the proposed storm sewer system and laterals, adding an additional level of sustainability. 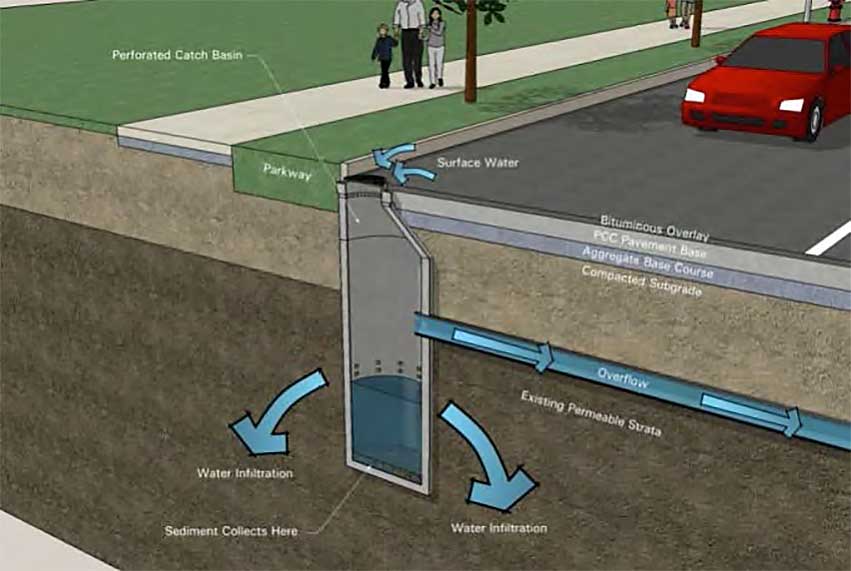 In another section of the proposal, TranSystems describes a past project for Sheridan Road, which involved upgrades similar to those proposed for Central Ave:

Similar Experience: Sheridan Road Improvements […]
Most of the existing utilities were original and more than 100 years old. The combined sewer system had a history of surcharging and backups. A separate storm sewer with new outfalls to the North Shore Channel was built to accommodate surface drainage and the existing combined sewer was replaced. These upgrades have dramatically improved drainage and sewer conditions on Sheridan Road and for the upstream system…

To summarize, Central Avenue will get:

This all sounds cool to me. Why not make this level of infrastructure the standard for the entire village?