We did it! The westside Wilmette Neighborhood Storage Project is happening!

Engineers are working on final designs for infrastructure that will clear runoff from almost the entire westside Wilmette, for up to a 10-year storm.

What can we expect from the upgrade? The subpar westside storm sewer system will achieve the minimum level of service required for most modern urban development. And the westside will finally receive the level of service that eastside Wilmette has enjoyed for decades.

At the end of August, two Wilmette boards (the Village Board and the Park Board) approved a Memorandum of Understanding to move ahead with the Neighborhood Storage Project.

As President Bob Bielinski said at the August 27 Village Board meeting:

After noting that he could see some “familiar faces” in the meeting chambers, including residents who have attended meetings for the past six years of village stormwater debate, Bielinski added:

It’s taken a long time. This project that has a cost, a scope, a complexity, that’s really meaningful. […] And with this agreement, we’ll keep the project moving along on time.

We’ve sort of lost for a minute here the substantial community benefit that this project is going to bring to people who live west of Ridge Road. Whether or not you have a foot, or two feet, or six feet of water in front of your property, every single resident who lives west of Ridge Road and is served by the separate sewer system is going to benefit from an incremental place, a new place, for water to go. And we can’t lose sight of that.

There is a bigger picture here, and it’s taken us a long time to get here but this is really sort of a breakthrough moment.

Currently, during a 10-year storm, the westside looks like this: 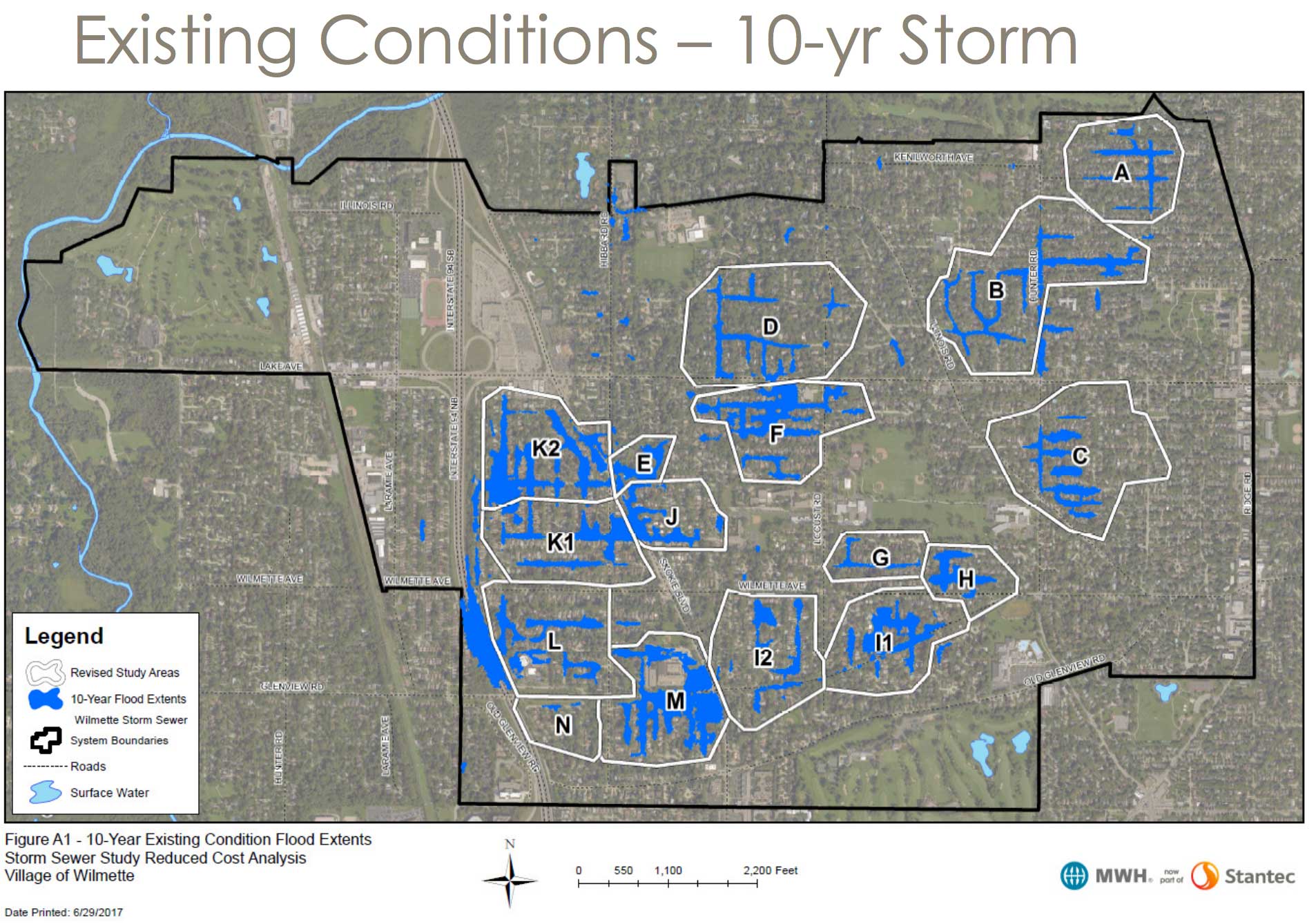 Once the Neighborhood Storage Project is completed, a 10-year storm should look like this: 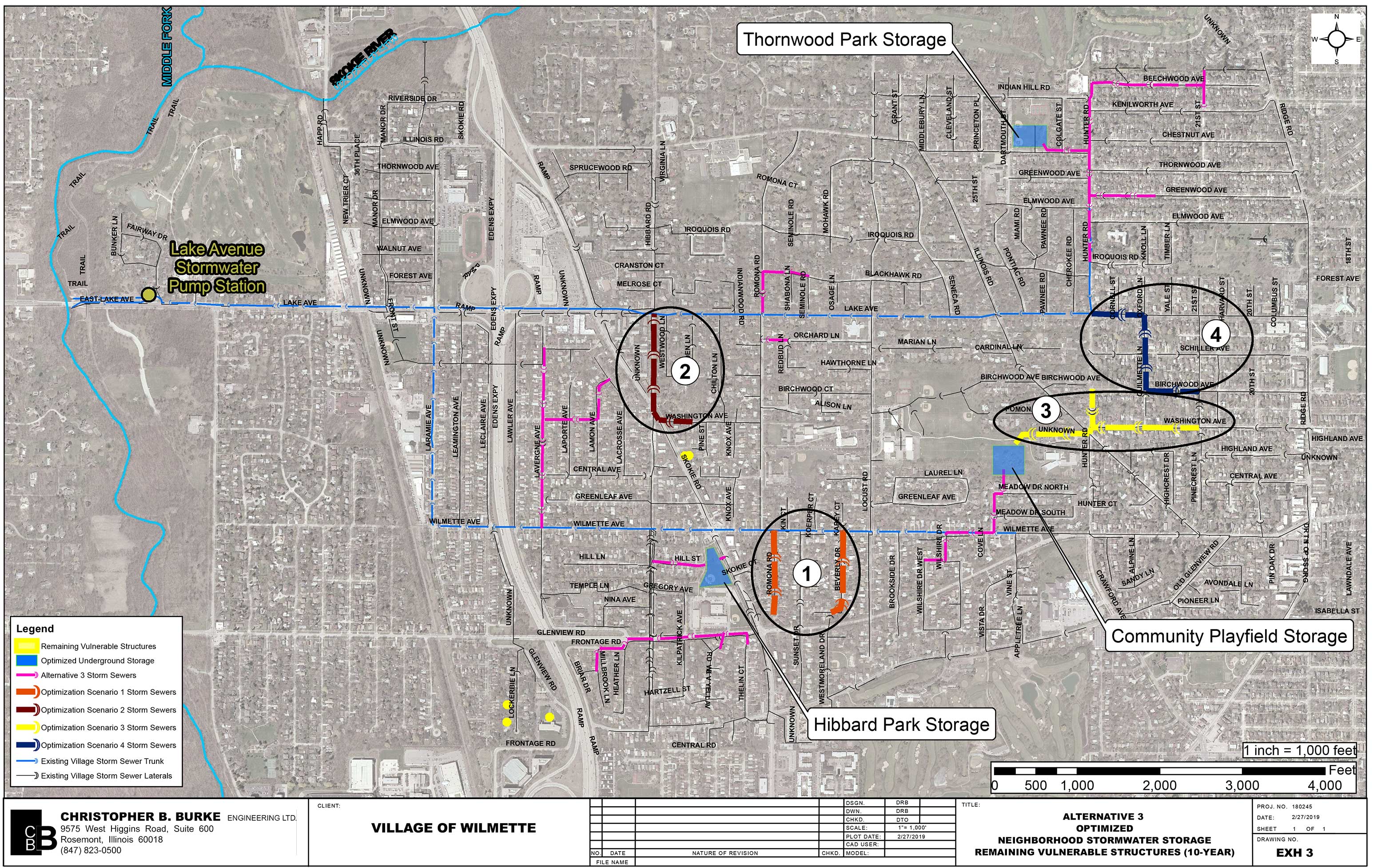 Features of the upgraded system include:

Make no mistake, the Neighborhood Storage Project is not the Option 1 full-scale stormwater solution. However, once completed, the upgraded westside separated storm sewer system will help keep the relatively clean stormwater free of the much dirtier and more bacteria-filled sewage (sanitary) flows.

By sending cleaner stormwater to the river, the sanitary system will be able to do a better job of keeping up with sewage treatment, even during storms. More stormwater will be cleared of streets and properties, so westside basements, garages, and lower-level living areas will stay drier.