Currently, stormwater detention tanks are being planned for installation at Wilmette Village parks, including at Community Playfields.

A resident has mounted a campaign to save the “old growth forest” of cottonwoods at the park, so I decided to do a little research into the history of the trees and park.

Long-time residents of Wilmette have told me many stories from “back in the good old days,” when westside Wilmette was mostly farmland. To find out the specific history of Community Playfields, I took a trip to the Wilmette Historical Museum, and here’s what I found: 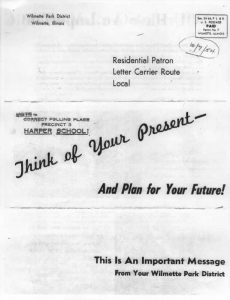 This brochure, dated October 7, 1954, was sent to Wilmette residents to inform them about an upcoming referendum, on whether to buy a big chunk of farmland, located at the center of the westside.

As explained in the brochure, Village officials were concerned because the post-WWII building boom was rapidly taking over every available open space in the village. They felt it was important to reserve some of the remaining farmland before it, too, was subdivided and converted into yet another house-lined paved-over street.

To convince residents to buy the farmland, the brochure shows kids playing ball in a street: the kids need some play space! 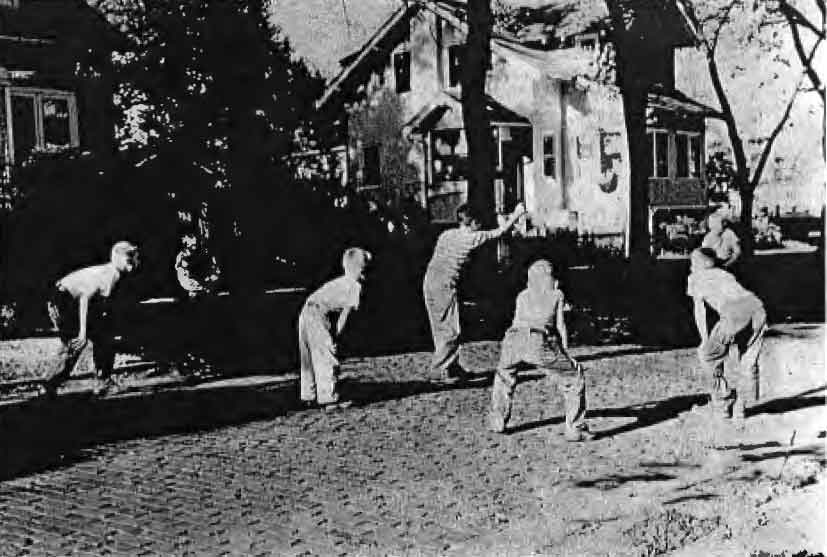 It also includes this photo of the proposed park area: 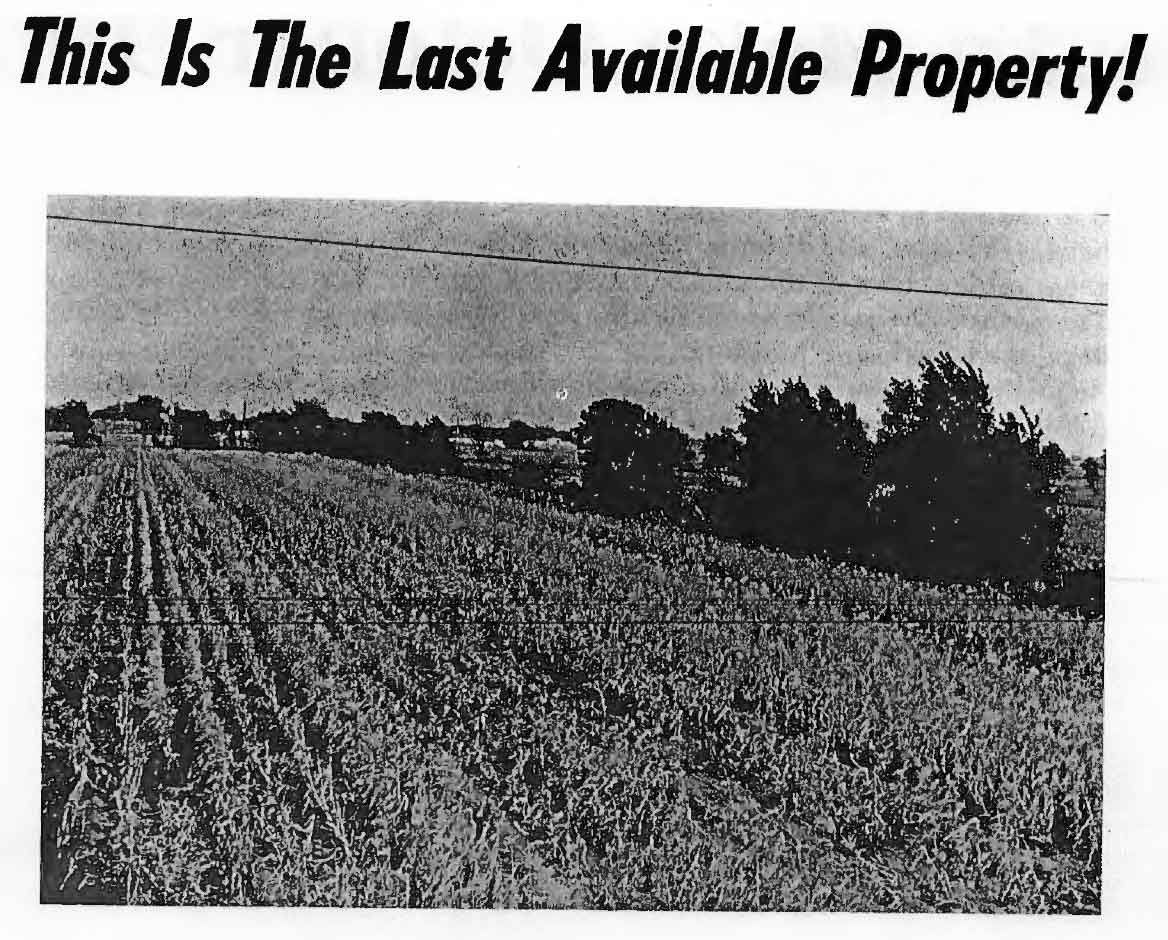 As you can see, 65 years ago when the village bought the land for Community Playfields, it was working farmland. Neatly planted row crops filled the fields, with a few low bushes or trees sprouted up in between. It’s extremely unlikely farmers had planted the cottonwoods growing tall at the park today. After all, farmers’ survival would depend on productivity, and a grove of moisture-hogging, cotton-seed-producing trees would not improve corn or bean yields.

Here’s another photo that stood out for me: 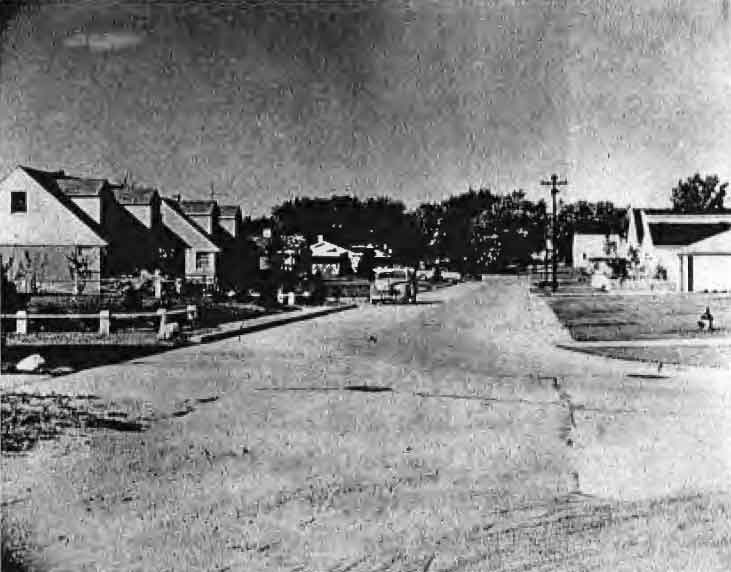 Do you notice anything strange? I do. No trees! It’s likely that early westside developers were able to buy up farm fields, dig basements, and slap up the brick homes, with little or no landscaping. The trees came later.

So based on the photos and history of Community Playfields, I believe that it’s extremely unlikely that today’s cluster of cottonwoods on the south edge of park, were in existence before 1954. 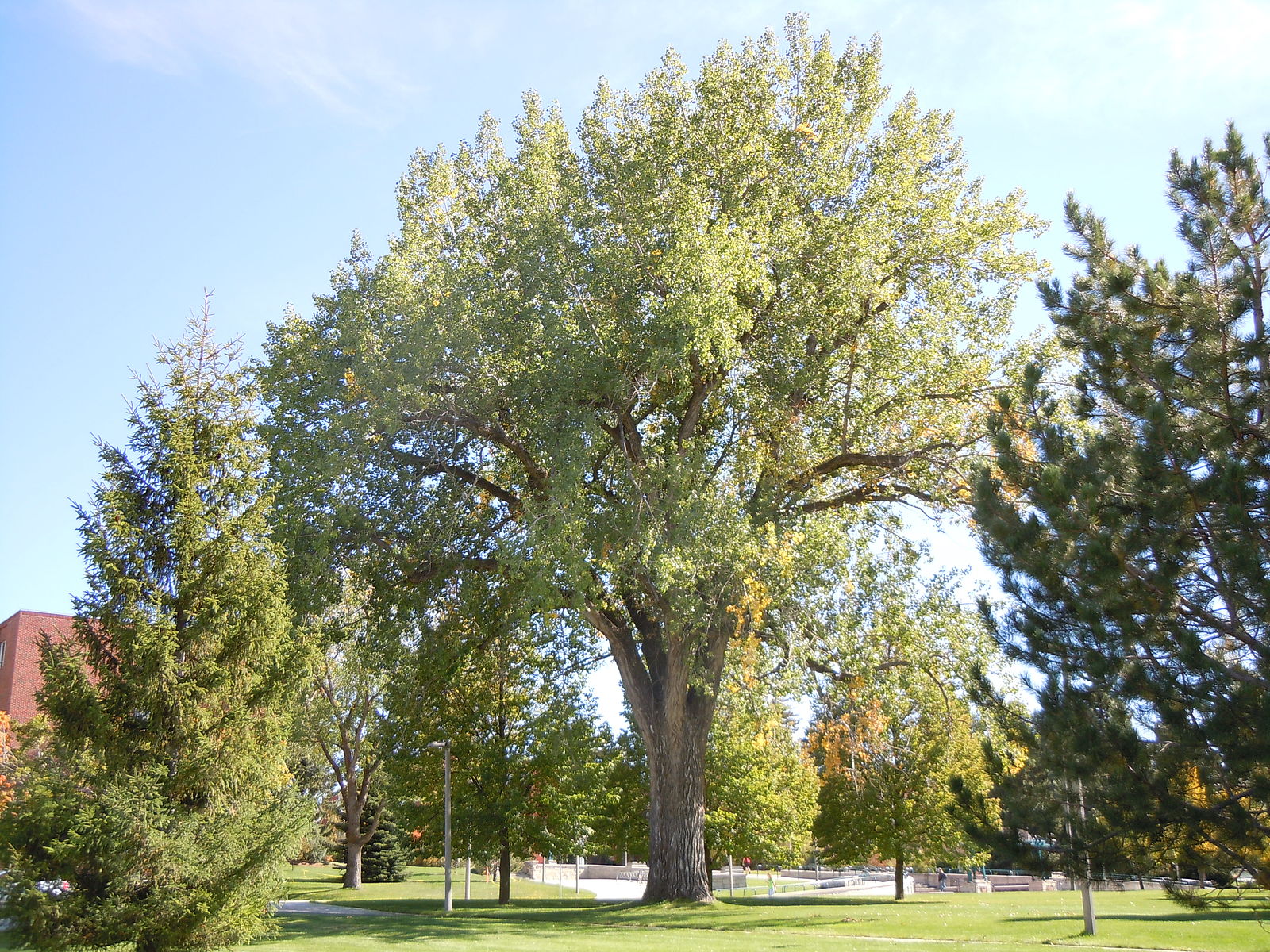 Here’s another problem with the idea currently circulating around town, that the cottonwood trees are a remnant of “old growth forest.” The tree species is not an “old growth” tree.

The USDA fact sheet about cottonwoods has some useful information on the species:

That means the trees in Community Playfields, if planted when the park was created, are likely to have a remaining lifespan of no more than 10-15 years. After that, the threat of falling dead limbs would pose a danger, and the trees would need to be cut down.

So don’t get me wrong–I love actual old growth forests, and I’ve visited one of the last remaining ones in Illinois, at Shawnee National Park. By definition, old growth forests are eco systems that have evolved over at least 120 years, usually incorporating a canopy and undergrowth, and anchored by trees like oaks and redwoods. But cottonwoods? No way.

So what’s the natural habitat?

What came before the Community Playfields and before the farm fields?

Most likely the westside was some sort of mix of native grasses, woods, marshes and cultivated land, like the rest of the Chicago area. If you’re a history buff or geology expert–send me a link to a source for this!

And thanks to Wilmette of 1954 for thinking of us, here in 2019, and buying up some farmland when you had the chance.