Let’s face it—sewers are not an appealing topic.

It might be fun to visit the medieval sewers of Paris. Or exciting to hunt for alligators in the sewers of New York. But at home? You just want to be able to forget about the sewer system, and let it do its own thing, unobtrusively in the background.

One morning, I discovered 8 inches of raw sewage backed up in the basement of our home. My son biked through a mix of raw sewage and storm runoff on the way to high school one day. And after moderately heavy rainfalls, my kids were able to canoe down the street. Suddenly “flooding” and “sewers” were hot topics in Wilmette. 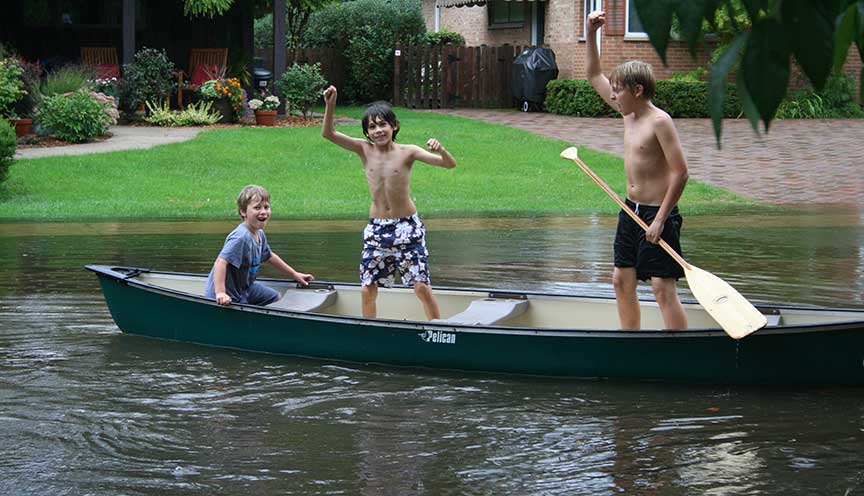 Fast forward to today, May 15, 2015, and it’s clear we’ve made some progress. It’s been awhile since we pulled out the canoe. The Facebook group Dry Out Westside Wilmette helped raise awareness about the issues. The Village of Wilmette launched some sewer improvement projects. And numerous property owners (including myself) have invested considerable time, money, and energy on repairs and upgrades.

But more big decisions are looming, and there’s still confusion about what’s been done so far, how well it’s working, and what still needs to be done.

So this blog is my attempt to figure out what’s going on, and share it in a way that’s useful to others.

Recently, the founder and administrator of Dry Out Westside Wilmette, Joel Kurzman, was sworn in as a trustee on the Wilmette Village Board. Congratulations to Joel! Now that he’s moving on, I’ve taken over as the administrator, and renamed the group Advocates for Wilmette Stormwater Management, with the acronym AWSM, pronounced “Awesome.”

I invite you to visit AWSM to share your observations, news, and ideas related Wilmette sewers and stormwater management.